Welcome to Adam's World, a Blog. These are my personal ramblings, and I make no guarantee to their cohesiveness. Enjoy reading my ramblings and if the mood strikes you feel free to leave a comment or two. 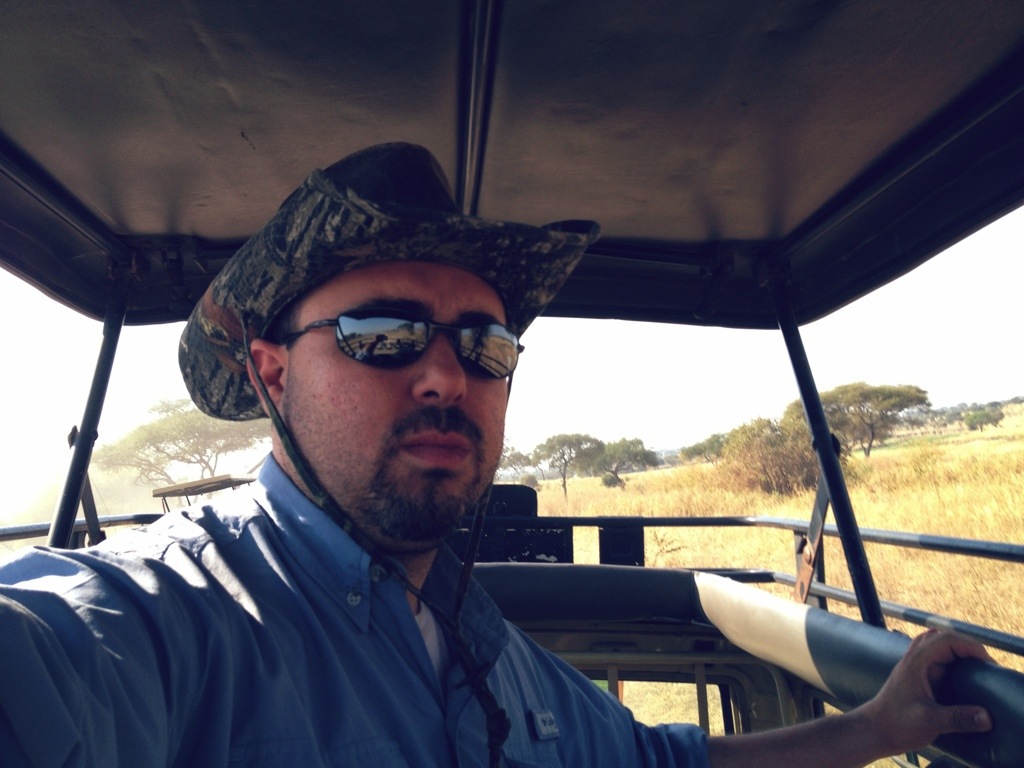 Ok so I’m sure everyone knows by now that my mother and I have been planning an African Safari for over a year now. This past Thursday was the start of our incredible journey. After almost 18 hours of flights, we made it to Kilimanjaro a little after 8pm local time. (That would be 1pm EST for you keeping score at home). Needless to say we were exhausted after all that flying and went straight to the first hotel, the Mount Meru Hotel in Arusha, Tanzania.

There we met with out awesome tour managers, Terri and Moses and met out guide for the next week, Nixon. The hotel was amazing, except for the odd fact that the bathroom had a huge glass window overlooking the beds. There was no shower curtain either, which means if you were anywhere in the hotel room you could see into the bathroom at all times. Very awkward when traveling with your mother. My solution was to make a fort-like wall over the window with pillows. Creeper Bathroom-0, Adam-1.

After a much needed nights rest, we took a jeep to our first safari spot, the Tarangire National Park. It was a few hours drive there and when we checked in, there were monkeys greeting us everywhere!

After checking in we went around to find some wildlife. Almost immediately we saw herds of gazelle and zebra. We also spotted a few giraffes walking around the campground.

Later we came upon a lion (which is rare in this park). There wasn’t much going on with him tho, as we only noticed him if he put his head up. A few mins later and he went back to sleep, making himself invisible in the brush.

A short time after that we came across a huge group of elephants. They surrounded our jeep and just kind of watched us for a bit. The bull elephant walked out from behind some trees with the tiniest little baby elephant! He was SO DAMN CUTE! I have photos and video on my SLR which I’ll upload at a later time. He wasn’t the mini giraffe I was looking for, but it came pretty close.

A few hours of pictures on the plains and we drove to our lodging for the night, the Tarangire Sopa Lodge. The hot water only runs for a few short hours a day so better get it while it’s….you know.

Tomorrow is another day driving through the park, except this time it starts at 6:30am. Eiek! I better get some rest and hopefully I’ll have Internet access to bring you some more blog entries of our trip!